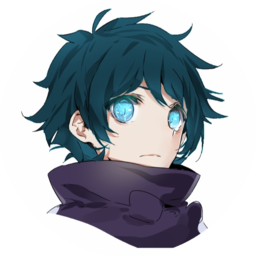 This really be some sad boy hours.

So, yeah. I charted something a lot more simple and more... well heavily depressing because it was something I wanted to chart in about a day. It felt nice, to be honest.

This was actually something that I also wanted to storyboard, but then I realized that it takes a lot of coding and stuff, and... Yeah, no, probably not gonna do that for a while. (I might eventually)

Yes, I updated this with a storyboard now! I's relatively simple for the most part, but I hope it does work! I had to fight against Cplayer quite a bit to get the text to even function, so I may come back to update that at a later date, but I'm pretty happy with what I got! Anyways handing the mic back to old me-

It's also another thing where I kinda blindcharted this, without making sure of the quality of this one, so I can measure my confidence in a chart's quality. Am I downplaying myself, or am I being way too arrogant? Well, that's up to you to find out.

And don't worry, I'm not depressed or anything. I'm okay.