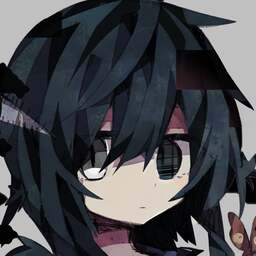 Collab between me and Bentux! Figured this song needed a drag hell.

"Seriously, why hasn't anyone done this version of the song yet" ~ Zariq "Thank you zariq for everything" ~ Bentux

Storyboard and assets made by Zariq Background edited by Bentux

there aren't many records of what happened afterwards. maybe it was addy that died; maybe it was ama. one thing happened for sure, though; the creation of the glass city. how that went about, i could not tell you for certain, as saph has her own memories of the event. some of your parents, if they are as old as we are, might even have their own versions to tell.

i remember a thriving city, bigger than rasil, but definitely smaller than Alucartia as it is today. all three of the Children lived in a content balance then, morei, ruhrir, and cartia. one night, however, the moon shone like the sun; the sky turned from the dark of the night to the blinding brightness of the day in an instant. a ray of destruction had been called from the moon to strike the city. or maybe the moon itself fell out of the sky - don't laugh, little ones, there was only one moon back then. its crash must have created the eight fractures we see in the sky today, or maybe i remember it wrong and there were indeed nine moons all along. regardless, after the light faded, the old city was no more; the inhabitants were burned alive, the earth dried to dust once more, sent high into the sky and forged into the glass towers we know so fondly today.

\tsomething changed in ama after that night. she saw the destruction she had created and wept. she begged for forgiveness of the surviving people in other towns, but as the ruhrir and cartia pardoned her, the morei spurned her apology and turned their backs on the others. our relationship has never been amended.

\tsomething changed in addy after that night. she lost her sympathy for the creatures she so fondly created. the surviving morei simply cowered and pledged their allegiance to her; the ruhrir and cartia rebelled and suffered her wrath. this is why we revere the Kadryse as she was known before the fracture.

empty without her partner, she began looking for ways to bring back the dead.